My friend Alice who is now working in Japan used to teach Japanese cooking at a Japanese Language center down town. When she was seconded to Japan, she asked if I could help to take over the 'sinseh' (teacher) role. I was reluctant at first because of my weekend commitments but relented for the sake of helping a friend.

Last Sunday, I taught Cha Soba and Gyoza. I was told that the JLSM committee members were holding their meeting at noon and was asked to help to cook extra for their lunch. Honestly, it is quite a task to make 'extra' gyoza in the short period we had but somehow all things went well and not only did the lesson finish, we managed to cook enough for lunch for another 10 people as well!

Below is the "Cold Cha Soba" 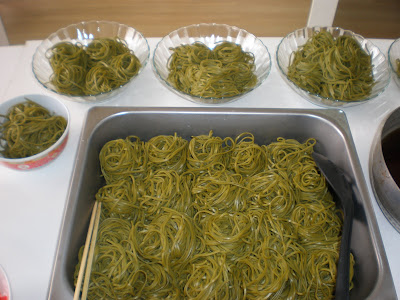 You can see the condiments laid in front of the metal tray of Cha Soba
(L-R) Sesame seeds, Spring onions, Quail eggs and a tube of Wasabi. 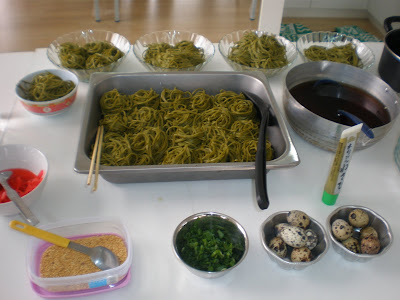 There were two pots of "Cold dipping sauce" 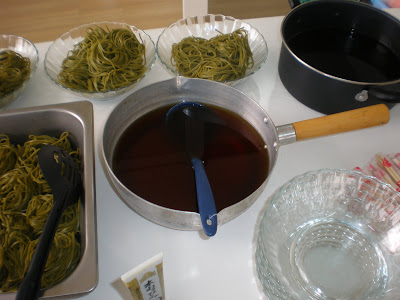 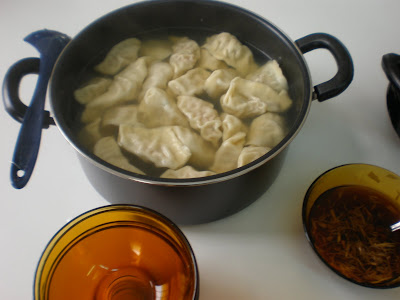 A pot of Miso soup. 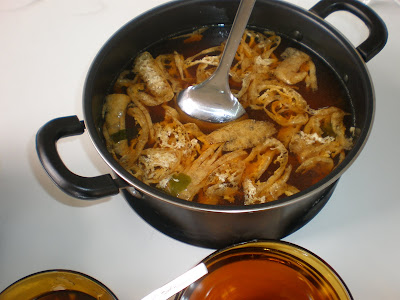