Most school days, I need to use three bento straps. Two for #2 and #3 bento boxes for school and one for #1's bento box (she eats at home).

I don't know if you face the same issues which I do, but after a while, the bento straps come back really messy and dirty. I blogged about it here before.

Thing is, the bento straps looses it's elasticity after a while and looks like these... 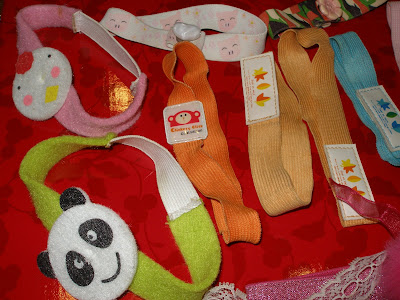 These were worth their weight in GOLD when bento straps were scarce. 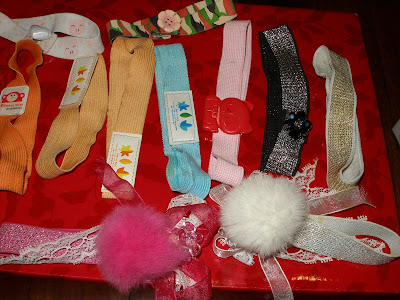 In the early days before 100 Yen began re-stocking their bento items, it was almost impossible to find any here in Malaysia. Now we are spoiled for choice by the attention 100 Yen and Daiso is giving to these indispensable bento accessories.

Some of these bento straps are recent acquisitions... 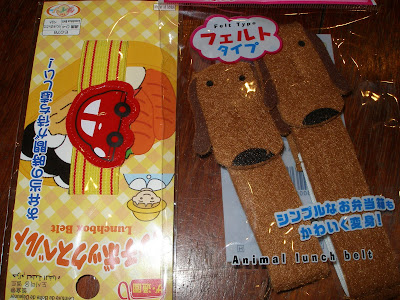 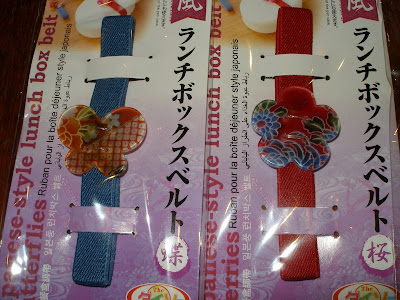 The last one on the right hand side is not a bento strap but a correction tape. 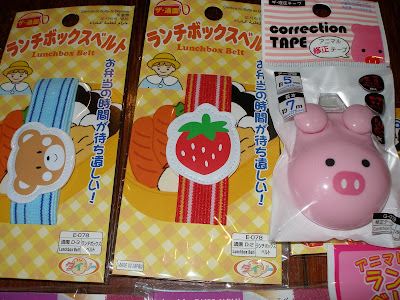 These below are some recently replenished bento straps which I am currently using for daily bento boxes. 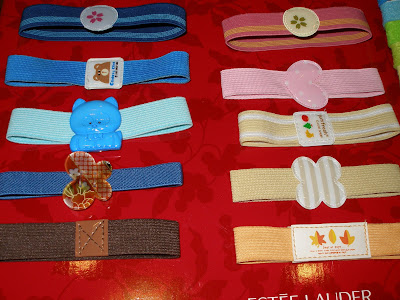 The one on the right side is a multi-size and multi-color bento strap. 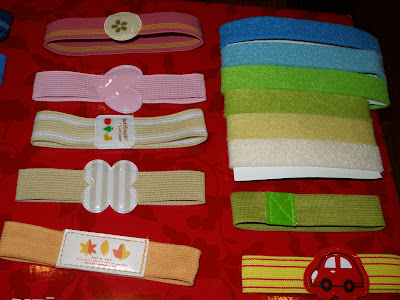 Want to share your bento strap loot? Drop me a comment or link so that I can view your used/over used bento straps and your pride.

There's no college today and tomorrow because it's exam week, so, I didn't pack a bento for #1 this morning.

It's almost noon already and I'm hungry. I'm actually waiting for #1 to wake up so that we can have lunch together. Looks like it's going to be a long wait.

I decided to pack a bento for myself and see what to do when she wakes up. Maybe she can lunch with #3 when we pick her up.

Literally everything in this bento is leftovers. The left box contains cinnamon banana, 3 Korean strawberries and a small corner of chocolate cake - both using my new corner silicon cups. 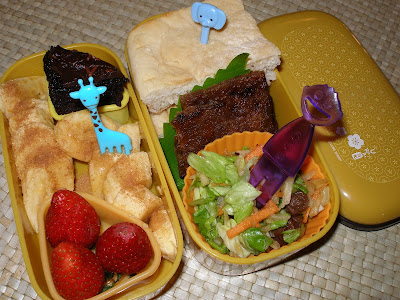 The right box has some 'Arab bread' which I bought from 1U during their local food producers festival over the last weekend. It's really nice with curry, ham, tuna and just about anything!

The two pieces of Arab bread was filled with tuna mayo. There were slices of spicy 'bak kua' and some mixed salad in lemon juice.

You never saw the 'bak kua' in #2's box because it's spicy and this is what she publicly declares "I'm from the 'Western' side of Malaysia so I can't take spicy food!" LOL!!!!

It's quite obvious I cannot cover the bento box because it's packed 3D and the food stuff is all sticking out and up. It was packed that way because I'm eating it now. Let me tell you how it tasted.

The Arab bread and tuna was delicious and so was the 'bak kua'. The salad was refreshing. I didn't like the Strawberries. #2 always rave about how sweet they are but I don't like the taste. I prefer our Cameron Highlands version - a little sweet and sour. It's the first time I'm trying them after 3 days in the fridge. The chocolate cake tasted as good as it did yesterday, but the cinnamon bananas were my favorite! Absolutely heavenly!!!

A casual friend (MT) passed on yesterday. It came as a shock because I saw him at Sunday Mass in Church and had exchanged pleasantries. In the night, hubs and I were having drinks with another couple and our conversation had led to this same man - of and about his characteristic as a fair and righteous person.

In the morning after that, I received news that he had a heart attack, a little over 50 and gone forever, I was a little dazed. Not that he was a good friend, no, he was only a casual friend. It was always "Hello and Bye" and down to serious stuff if we ever did have any conversation. Yet, I feel a loss, because he was a good man.

My only consolation is that when I remember him, I remember that my encounters with him were pleasant. If one didn't know him, he came across as a stern and 'no nonsense' kind of a person but I found him to be a good and righteous man.


Back to bento, I made some kappamaki filled with kyuri, crabstick, carrot, simmered mushroom and kewpie mayo. In a silicon cup next to it is some mixed salad with sesame dressing. 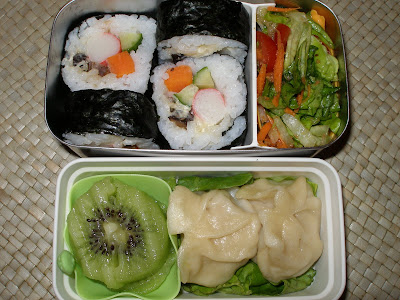 The gyoza was left over from last night's dinner. I have a frozen stash and need to finish it off. Some sliced Kiwi and viola, a complete bento for the day.

This is how the bento looks, packed and ready to go. Notice, I am using new bento straps. I've taken out a number of new ones to use and it's a breath of fresh air to see them. 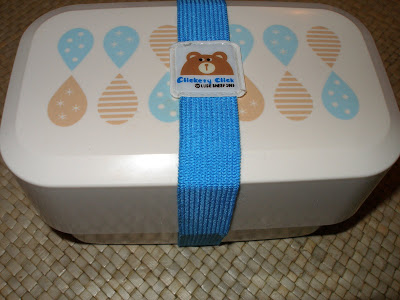