"Sometimes we gotta pick up our courage and face life" 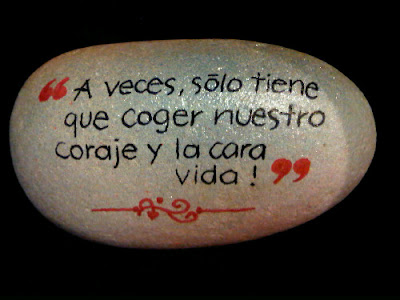 "Sometimes we gotta pick up our courage and face life"
(something in that context...)

It's been almost two weeks (30th Sept 2010) since #1 left to further her studies in UK. Last night was the first time we'd properly had a conversation on Skype. It's been a busy schedule on the BBM the rest of the time.

Things have settled in, routines have begun and exams are expected soon. Many people asked me "why UK", why not Australia? There are so many advantages if she goes to Australia, blah, blah, blah. "To each his own", I say!

I told #1 to update her blog with some pictures, she re-directed me to a new pictorial blog which she directly blogs from her new BB. The weather has been cold and then hot, it's been a merry go round with the temperature. She's learnt to cook 'perfect rice'. A few dishes which she learnt via BBM has given her the comfort of 'home cooked food'.


"WE WOULD HAVE FEWER SOCIAL AND PERSONAL PROBLEMS IF WE COULD ONLY UNDERSTAND THAT, WHEN OUR BELIEFS ARE CONTRADICTED BY EVIDENCE IN THE WORLD, IT IS BETTER TO ADJUST OUR BELIEFS THAN TO DENY THE EVIDENCE AND CLING TENACIOUSLY TO DYSFUNCTIONAL IDEAS."
Stanovich (2004)
Posted by Bento Pet at Wednesday, October 13, 2010 No comments: