Sometime in August 2007, I put up some items for swap. I had bought extra wiener molds and some food dividers so I thought that instead of keeping them, I'd look for someone interested in these items and make a swap.

I was in for a disappointment because no one responded. Anyway, weeks later when I was surfing other bento sites, I found "Apple" (she's taking a break from blogging now) who was looking for winier molds. Jackpot! I quickly communicated with her and offered her my swap items. After 'negotiating' , we agreed to make the swap. Fortunately my mum's friend travels Malaysia - Singapore like some people travel on the LRT (very often) and she agreed to do me the favor of meeting Apple. I am so happy to finally own some egg molds!! 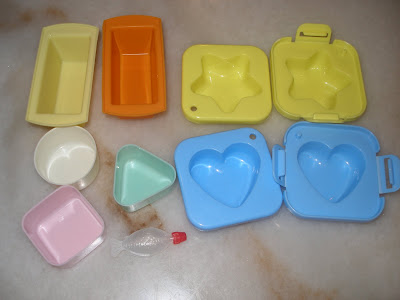 I always felt like there was some 'deficiency' in my bento stash. I didn't have the 'infamous' egg molds!!! At least now I own two egg molds, thanks to Apple!! I am so happy. Along with the egg molds she bought me some silicon containers, sauce cups and gave me a fish shape sauce bottle. Thank you very much Apple, I am very happy with the swap. I hope you are too! 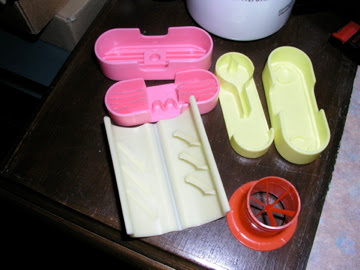 This is what I swapped with her. They mold the winier or cocktail sausages into shapes of Octopus, Crab, Tulip and score the sausages for easy cooking.

I am looking forward to Monday when I can begin my bento packing. 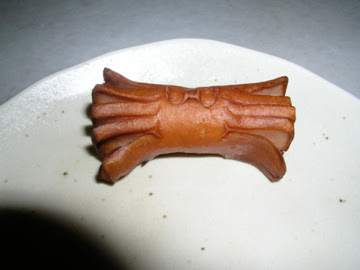