We attended a German Jazz quartet on Tuesday (30 Oct 2007 @ 8.30p.m.), last week. Root 70 was led by the German made famous Jazz Trombonist - Nils Wogram. My kids were trilled with the 2 hour performance. I've not reached that level of appreciating Jazz music so I was nodding off several times during the concert. Hubs was out cold, short of making his own music. When they performed their final piece, I was ready to get up and go but the crowd encored and I sat back down. Sigh! Had to go through another mind boggling piece of instrumental.

The quartet, which consists of trombonist Nils Wogram and drummer Jochen Rückert (both from Germany), and saxophonist Hayden Chisholm and bass player (double bass) Matt Penman (both from New Zealand). 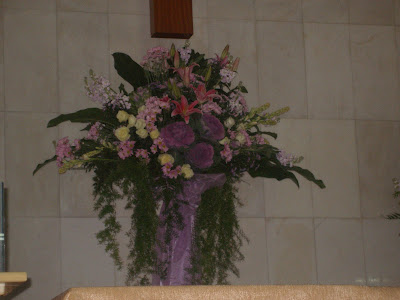 I was shocked at the size of the Roses in the middle of the bouquet!!
Call me ignorant, but I've never seen any Rose in such a size!! 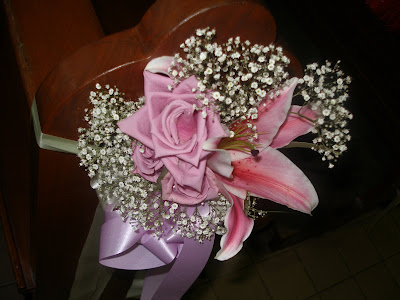 Lovely flowers tied to each pew in Church. 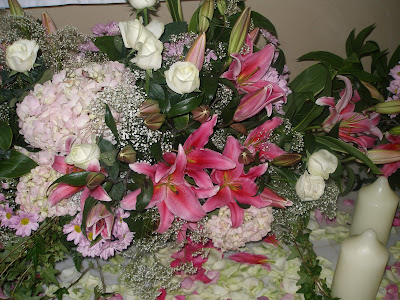 Part of the flowers at the base of the Altar. 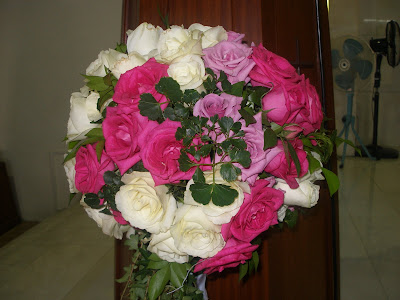 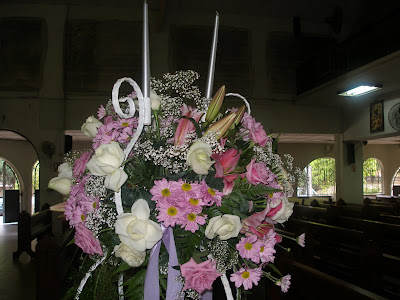 More lovely flowers from the Wedding on Saturday @ Church. 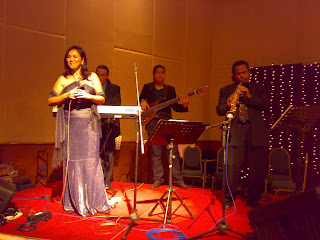 The above group named "The Mosaic Jazz Group" played at a wedding which we attended on Saturday night. They played and sang and were quite entertaining. They added new pizazz to Sway by Pussycat dolls, Nat King Cole's Unforgettable and the list goes on. That evening's Jazz performance was much more soothing to the ears.

Friday night, found ourselves in Genting Highlands Resorts Hotel. Before watching the much anticipated Rose, Rose, I love you, the kids insisted that I go with them to First World Hotel to watch the fiasco there. It was a journey of corridors and escalators before we reached First World Hotel. 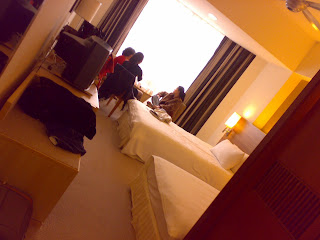 It was noisy, polluted and there were bright and bling-bling lights everywhere.
Look at the pictures! 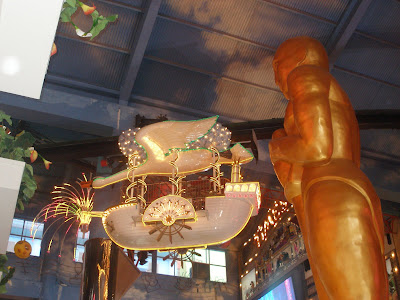 Wheee! They brought the Oscars to Genting!!!
Flying Swans gliding around looking for people to ride them. 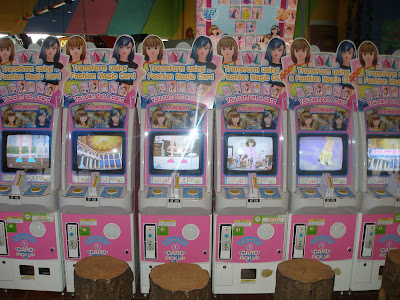 Slot Machines are no longer only for Adults. These are "Dress Barbie" slot machines
where you slot in your payment for a game to dress Barbie. *Shakes head*
I'm glad I didn't bring #3 with me because I'd have to deal with a very unhappy kid.
For the boys, they had slot machines for the 'dinosaur game'. 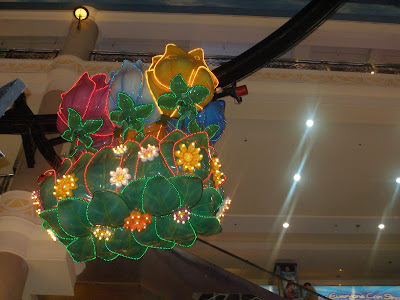 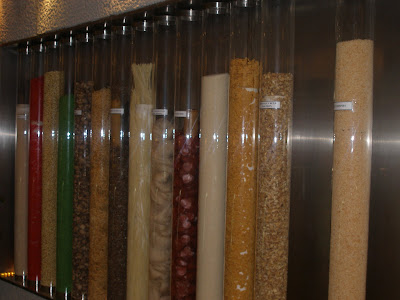 Food, herbs and more herbs!!!
Unfortunately, some of these containers had lots and lots of weasels in between the food stuff.
It was quite gross. 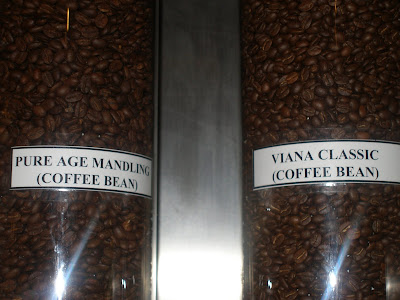 My favorite!! Pity couldn't smell anything other than second hand smoke, McD's and KFC! 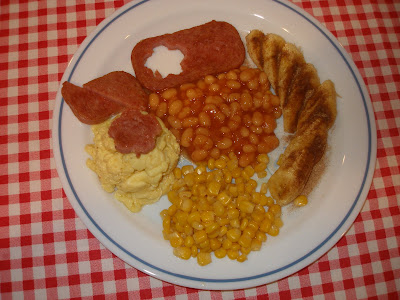 Quick breakie with the kids this morning.

For those of you who were asking for pictures from the musical Rose, Rose, I love you. We weren't allowed to take pictures in the concert hall. My two daughters managed to take some pictures with Tin Tan and Soon Yoon but it's in their phone. Sorry!!
Posted by Bento Pet at Tuesday, November 06, 2007 4 comments: